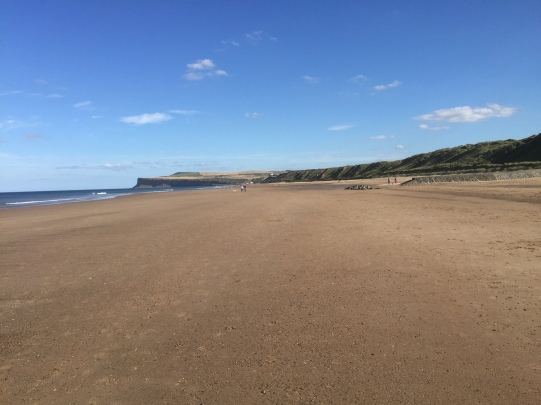 Just before Christmas I had a long conversation  about schools and the experiences we give pupils. Part of it was centered around the lack of experiences some children have had. In most schools I’ve worked in there is no access to art, theatre, music.

I have almost exclusively worked in tough schools in tough areas, firstly in Middlesbrough or Hartlepool and now on the wrong side of the bridge in Whitby. Of the 7 schools I’ve worked in they all have one thing in common. They have all had groups of children who have not had the experiences that many of us take for granted.

I am constantly asking myself the true purpose of what we’re trying to do in school. Obviously the first answer to create Literate and Numerate pupils. Pressure is increasingly on to narrow and focus on the things that are measured, mainly to keep the wolves from our door. I firmly believe however that to do that we have to think bigger, wider and broader.

How we do that is the question? Whether we like it or not we have to fill in the gaps. If a child doesn’t read at home we make sure it happens in school.

In Middlesbrough many children had not been into town (I walked it everyday to get to the station) and they most definitely had not visited the countryside but this in some ways was more understandable. I remember a terrified 11 year old gripping tightly onto my hand as we reached out to feed a cow, they were awestruck by the size.

In my first week at my current school I discovered there were children who had never been to the beach.

Children who had  never  listened to the crashing of the waves, never felt sand between their toes,  never explored rockpools, never smelt the tangy salty air or tasted it on their lips. I was incredulous and horrified.

Children who had never built sand castles, collected water in a bucket, dipped their toes in the icy cold sea, screamed and ran back up the beach…Just me on the last one? OK then

I am old enough to remember a SATs writing test that asked children to describe a meal. The mark scheme wanted Marks and Spencers our pupils gave them Aldi. Or as one girl wrote ‘Ba-ba-bah, I’m loving it’

So it comes back to the question of what we are trying to achieve in our schools. If we are talking ‘diminishing the difference’ This is the difference. The difference is in experience, opportunity and aspiration.

Unfortunately creating experiences costs. The bit we shouldn’t be worrying about is the time spent doing these things. If we want writers, or readers then these experiences many of us take for granted can’t be an afterthought. Experiences help children develop language and meaning. Asking children to write without the material to write about, will only get the results you expect. Read Morpurgo’s ‘Giants necklace’ after a morning on a stormy beach and the whole story becomes a much more frightening proposition. (Not a big Morpurgo fan but this story is fab)

Effectively planning experiences and how they enhance and develop the curriculum are key.

Below is a menu of response following a visit to a residential experience. All had been previously taught. The children’s independent responses gave us a much clearer picture of them as writers. More importantly they wanted to write and had something to say. Choice can also be an incredibly powerful motivator.

Experience is not less, it is more. Education is bigger than schooling. The question what roles do schools play in this?

As a school for  us offering these things  is non-negotiable. It’s part of what we do. These are our pledges. The list as yet isn’t complete.

We will get the opportunity to…..

¨Build a den or a shelter

¨See a show at the theatre

¨Perform on stage to a real audience

¨Take part in a competition

¨Spend time on the beach and dig a really big hole.

¨Cook a meal and eat it with your family

¨Pay for something real in a shop

¨Cook on a fire

¨Plant a plant/flower or tree. Look after it and watch it grow. If it’s edible eat it!

¨Have a water fight

¨Go sledging or mud sliding in a potato sack.

¨Have a picnic which you’ve made yourself

So again the question is not what we’ve got to do, we all know our endpoints, but rather how are we going to do it?

So to steal from W.B.Yeats  ‘Education is not the filling of a pail but rather the lighting of a  fire.’

‘The people you work with are people you were just thrown together with. You know, you don’t know them, it wasn’t your choice, and yet you spend more time with them then you do your friends or your family. But probably all you’ve got in common is the fact that you walk around on the same bit of carpet for 8 hours a day.’ Tim Canterbury (The Office)

*names have been changed to protect the innocent

Warning I have been re-watching ‘The Office.’ I currently am sporting a goatee beard. So if this comes across a little David Brent then I’m sorry.

I’m sat this morning feeling pretty damn happy and it’s not just because it’s the first day of a holiday. I have to admit I’m in a good place. Hard to nail it down as to why, but think mainly it’s because this term has been another huge step forward for us as a school. Weirdly it’s not been in the way I imagined or thought it would.

‘What is the single most important thing for a company? Is it the building? Is it the stock? Is it the turnover? It’s the people, investment in people.’ David Brent (The Office)

It’s not always been that way  since I arrived in school, to be fair I never expected it to be. The real aim of any leader is to build that team, to get them all facing the same direction, blinking  and staring into the glorious sunshine that is the ‘vision’ and working cohesively to make that happen. Great in theory, but in reality there are lots of challenges to that, especially when you step into an established organization.

This term, for all the challenges,  has been a complete joy. School, for all the stresses, is a happy place. Laughter is a regular noise in school, as it should.  My new Deputy has been an important part of that (she also can swear with the best of them). I have to say being a deputy is the hardest job in a primary school and she is doing a phenomenal job.

We seem to have hit that tipping point. We know where we are going. We’re confident enough now to not be pushed off course by the vagaries of outside pressure. We are in a good place.  That we’ve got there without losing a member of staff * is probably my proudest achievement.

(*previous Deputy retired after 39 years in the school. She wanted to leave earlier but I convinced her to stay an extra term.)

“If everyone is moving forward together, then success takes care of itself.” Henry Ford

Sometimes its moments that define it. Our ‘Hope ‘ assembly was one of those. It summed up the togetherness, not just of the staff but pupils as well. My eyes were a little bit sweaty by the end.

The staff Christmas do was another one of those moments. To see all staff from MSAs to SLT out together was just brilliant.  (It also didn’t happen before.)

‘You grow up, you work half a century, you get a golden handshake, you rest a couple of years and you’re dead. And the only thing that makes that crazy ride worthwhile is ‘Did I enjoy it? What did I learn? What was the point?’ That’s where I come in. You’ve seen how I react to people, make them feel good, make them think that anything’s possible. If I make them laugh along the way, sue me. And I don’t do it so they turn round and go ‘Thankyou David for the opportunity, thankyou for the wisdom, thankyou for the laughs.’ I do it so, one day, someone will go ‘There goes David Brent. I must remember to thank him.’ David Brent (The Office)

Not sure why I’m channelling David Brent, not sure he should be my role model but its better than this. IMO

‘If anyone says to you that staff morale is at an all-time low, you know you are doing something right. ‘
Sir Michael Wilshaw

Feeling like a ‘reet good’ point to stop and enjoy the moment. Have a brill Christmas.

Where the Wild Things Are by Maurice Sendak

‘ You cannot write for children… They’re much too complicated. You can only write books that are of interest to them.’

‘I have to accept my role. I will never kill myself like Vincent Van Gogh. Nor will I paint beautiful water lilies like Monet. I can’t do that. I’m in the idiot role of being a kiddie book person.’

‘There’s so much more to a book than just the reading.’

Maurice Sendak.
OK I admit I’m a bit of a stuck record, but I really do love picture books.

Wonderful, amazing, creative, challenging, funny, heart-breaking, tragic, unbelievable,  fabulous picture books. They are not just a vital stepping stone into higher level reading. They are the missing link. They can develop in all Learners the ability to explore, notice, question, predict, summarise, theorise and analyse. Mary Roche writes wonderfully on this in her book ‘Developing Children’s Critical Thinking through Picturebooks’

Picture book are often dismissed as being for younger children. They’re not! They are written off as easy. They’re not! There are some stunning picture books out there. Many offer us more than first appears. Many require us to bring in our own cultural understanding to truly make meaning of them.  People who dismiss them more often than not haven’t put the time in to understand and explore them. 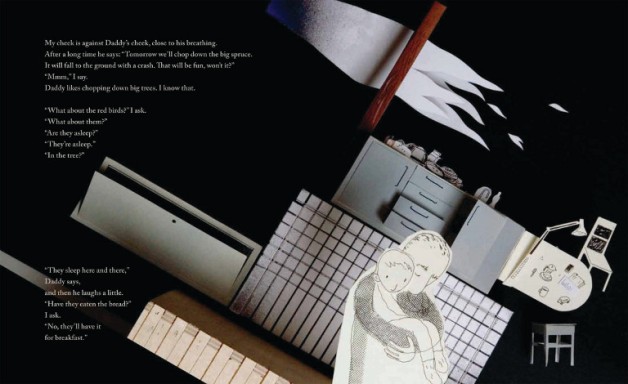 They elicit emotion. (often in my case tears)

Visions of Ichabod by Gary Crew

They confuse and challenge.

The Journey by Francesca Sanna

They open doors to other cultures.

They provide leaps of imagination

A Place To Call Home by Vivian Schwartz and Alexis Deacon

They are wild and playful

We found a Hat by Jon Klassen

They are quiet and thoughtful

They require the reader to fill in the gaps 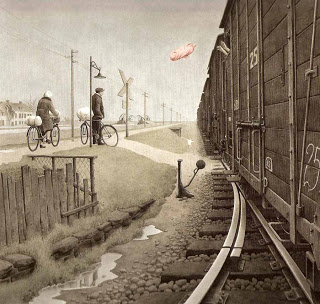 They are most definitely not for kids

As BridgetBurke2  said on twitter  ‘People who dismiss picture books have no souls, thats a well known fact.’

I‘m going with Bridget on that one.